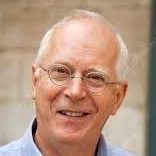 David Baulcombe was a student in Botany at Leeds (BSc) and Edinburgh (PhD) Universities. After periods in Montreal, the University of Georgia and the Cambridge Plant Breeding Institute he spent 20 years at the Sainsbury Laboratory, Norwich. He joined Cambridge University in 2007 as Royal Society Research Professor and now as Regius Professor of Botany. David is a Fellow of the Royal Society and a foreign associate member of the US National Academy of Sciences. His awards include the 2006 Royal Medal of the Royal Society, the 2008 Lasker Award for basic biomedical sciences,  the Wolf Prize for Agriculture in 2010 and the 2012 Balzan Prize. He was knighted in June 2009.

Research interests of David Baulcombe involve plants and he focuses on gene silencing and epigenetics – the science of how nurture can influence nature. His discoveries changed thinking about the role of RNA in the regulation of gene expression of animals, plants and fungi. Recently his interests have focused on disease resistance in plants and understanding hybrid crops. David is also interested in the application of science to develop sustainable agriculture. He was a member of the Biotechnology and Biological Sciences Research Council and in 2009 he chaired a Royal Society policy study on the contribution of biological science to food crop productivity1. He also chaired a group that produced a science update report for the British Prime Minister about GM crops2.

Exploiting extraordinary properties of epigenetics and RNA silencing in tomato

It is an oversimplification to think of epigenetics and RNA silencing in plant and animal genomes as simply defence against the mutagenic effects of transposable elements. Epigenetics and RNA does silence these mobile DNAs and prevent their damaging influence on genes and chromosomes but there are also more diverse effects that may benefit both the transposon and the host genome.

In this lecture I describe how epigenetics and RNA can have effects that extend beyond the transposon to adjacent host genes and in successive generations.  These effects may contribute to heritable variation, especially in quantitative traits. In some instances, they may also distort Mendelian inheritance. Related mechanisms can also influence the innate immune system.

Using our work with tomato I will illustrate how these mechanisms can be harnessed in crop improvement and how they may be particularly important following wide cross hybridisation. The examples involve RNA-directed DNA methylation and paramutation.